The Association for Safer Drug Policies

Deliverables
saferdrugpolicies.com
Website
Replace punishment and alienation with education,
human rights, harm reduction and compassion
We have worked with The Association for Safer Drug Policies since shortly after they started in 2016. Through grassroots efforts, promotion of science and active involvement with policymakers, The Association for Safer Drug Policies, works to change today's harmful drug policies.
Creating the brand

In this digital age the website is often the first people see when they try to learn more about you. It has become your digital face out to the public. Having a clean and organised website that shows your what you believe in and work towards in a way that is easy to understand and comprehend, is essential for any non-profit to gain the trust and support of the public.
Your online face 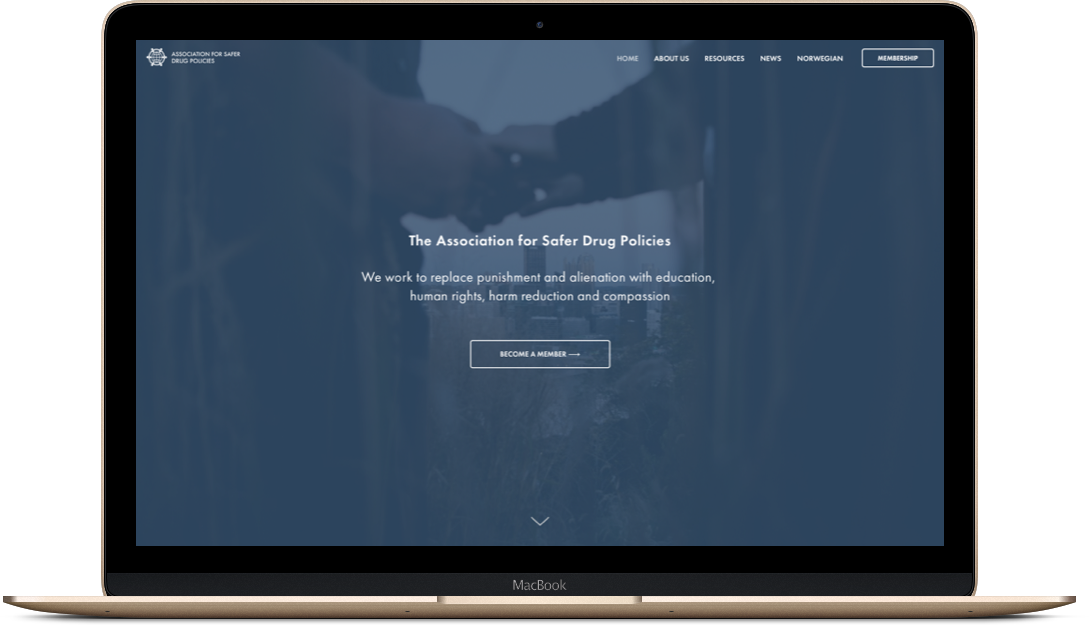 Keeping the activity up and running and to posting relevant content is essential. We created a huge set of ads for the association, but the smartest we did were to make templates for them to use. By setting up a google slides document that we prepared into different social media templates the association was able to create more content on their own. It has some limits, but it works very well for simple content. Below are some examples of graphics we have created for The Association for Safer Drug Policies to use on social media, some of them part of the template document we created.
Building a digital voice 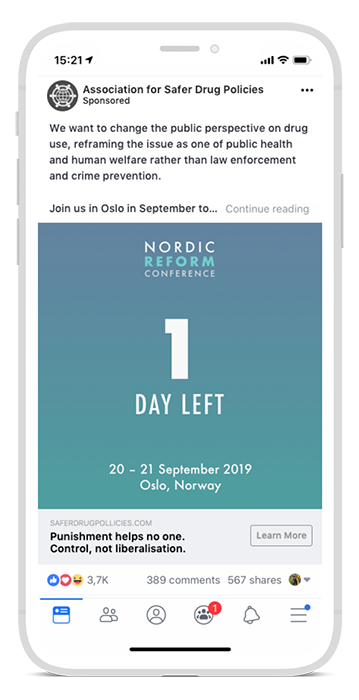 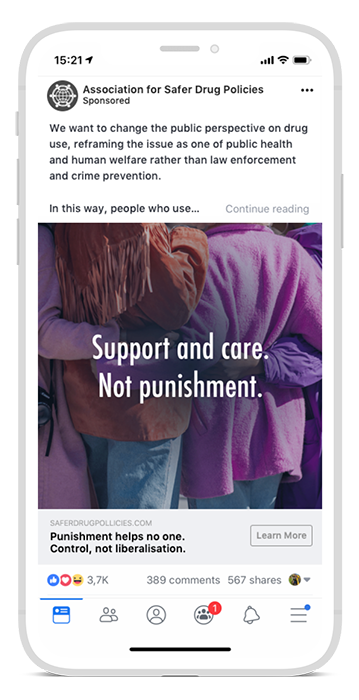 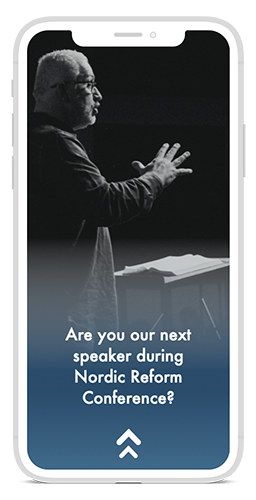 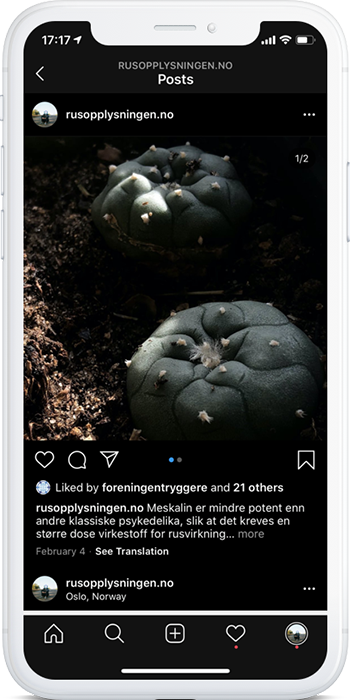 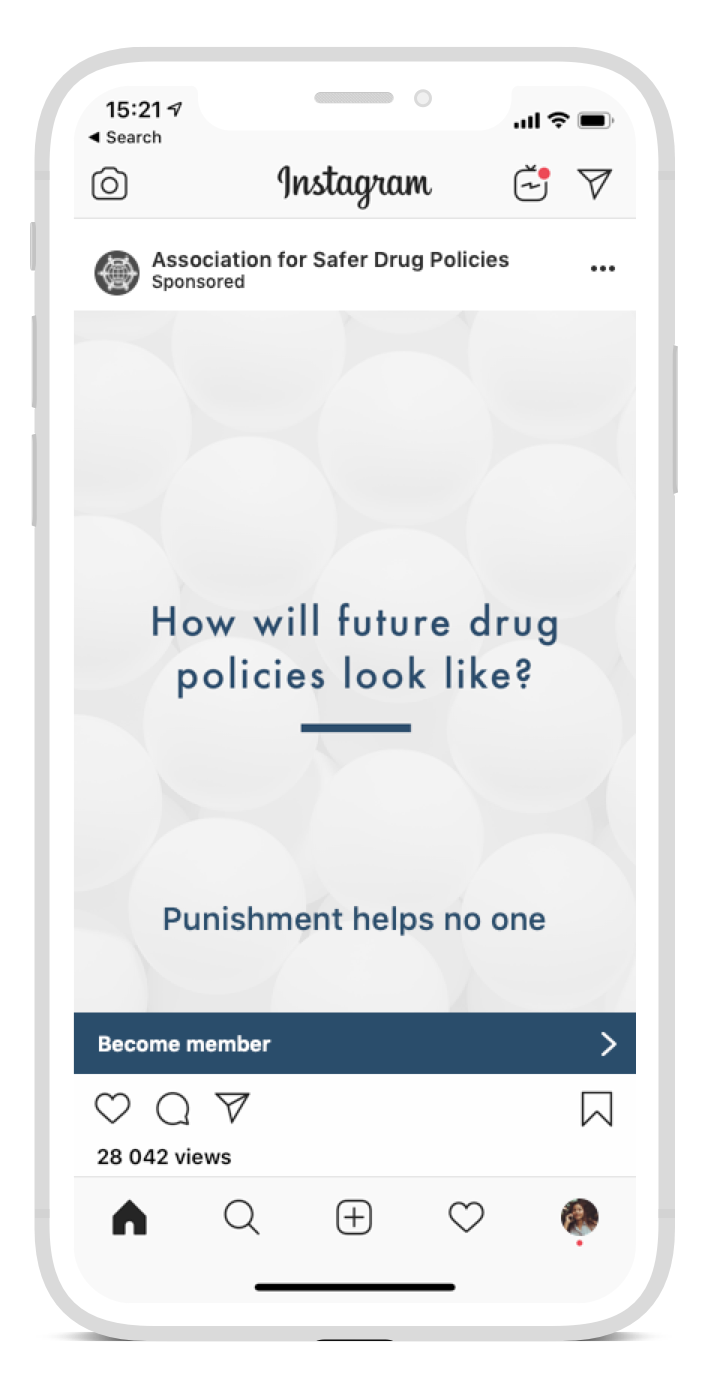 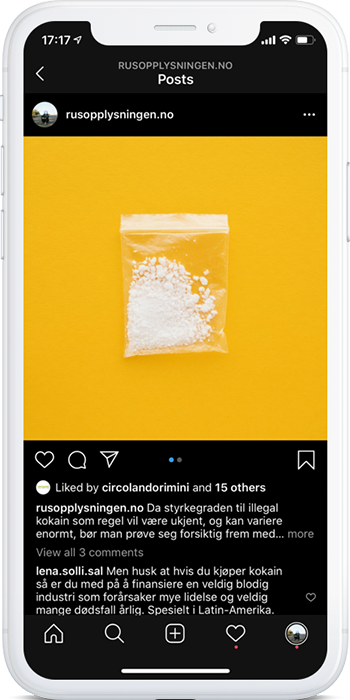 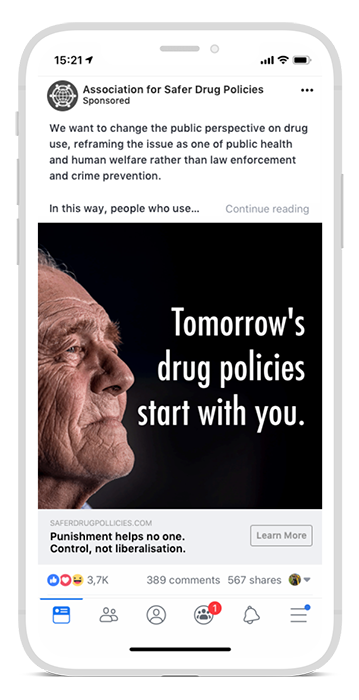 We managed to spark a bit of controversy through a campaign we made for the associations harm reduction project Rusopplysningen. The aim is to deliver accurate and science-based information about drugs without moralizing. By informing about the effects, risks and providing safety guidelines, we hope to minimise the harms of drug use.

We made a series of posters that we hung at a few select strategic locations near the parliament. Because some people found the campaign offensive they started the media fire and within a few days what was originally a tiny campaign of just a few posters got nationwide coverage on all major news outlets.

The original campaign is in Norwegian, but here are some mockups with English translations.
Just say know
See the posters in high resolution
Pictures of the original posters in Oslo
Need some help with branding and marketing?
Get in touch 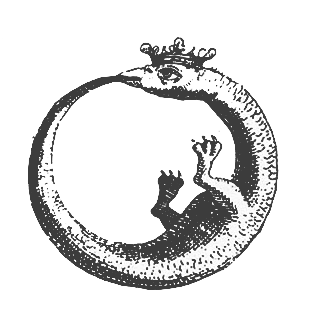